The Final Salem Witchcraft Trial (It's not when you'd think!)

The infamous witchcraft trials of 1692 were harrowing to say the least. Innocent townspeople were tried and executed under a court system that was inherently flawed and erratic in its decisions. 'Spectral evidence' was what damned most all of the 1692 victims to their sentences; meaning the jury was making decisions based upon people's sensationalized outbursts and claims to have seen the accused's witchly spirit tormenting them. After the hysteria of the time passed, this court system was taken under review and abolished, taking the use of spectral evidence to its grave. With spectral evidence now inadmissible, it would be incredibly difficult for something like this to ever happen again. Nearly 200 years later, however, a case like this would go to trial again and it would mark its place in history as America's last witch trial.

In a childhood accident, Lucretia S. Brown of Ipswich had become disabled due to a spinal injury. She wouldn't find relief for this injury until she was in her 50's. Lucretia had discovered the Christian Scientist Church and became a disciple of Mary Baker Eddy. Lucretia believed wholeheartedly that Mary's teachings had saved and rehabilitated her. Unfortunately, in 1875 Lucretia suffered from an injury relapse. Confused and scared, she turned to Mary, who came to the conclusion that mystical foul play must be at work. Coincidentally, Mary had recently excommunicated Daniel Spofford from her church. She believed that Daniel had relapsed Lucretia in an effort to spite her. 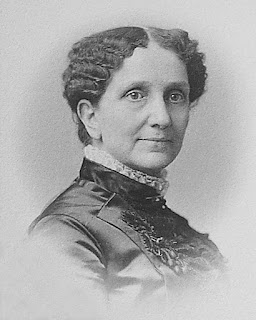 Mary turned to her lawyer, who drew up court documents on behalf of Lucretia and in 1878 she would take to court the final witch trial. This consisted of a complaint against Daniel Spofford that he was a "mesmerist, and practices the art of mesmerism, and that by his power and influence he is capable of injuring the persons and property and social relations of others, and does by said means so injure them", according to the local Ipswich newspaper released at the time. The legal papers called upon the court to stop him from using his mental efforts to torture Mary's disciples.

On court day in Salem, Daniel found these claims so outrageous he didn't even show up to court. After the complaint was read, it was determined that the complaint had no legal standing because the court would be unable to control Daniel's mind. The case was promptly dismissed, laying to rest the final American witchcraft trial. 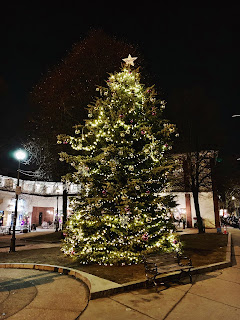 Last night Salem was aglow while locals and tourists rang in the new year in the Witch City. Salem is looking forward to another beautiful year, filled with lively festivals, fun times, and colorful characters. 2020 is already shaping up to have more in store for Salem than previous years, and we're here to bring you all of it year round. 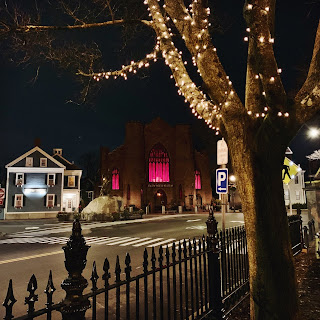 Whether you went out, stayed in, partied until dawn, or were in bed by 9, we hope you had a wonderful New Years and we're looking forward to sharing all that Salem has to offer you in 2020. 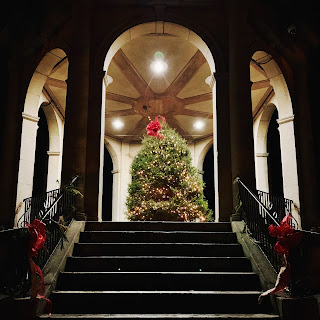 A Call for Fall -- Submissions Wanted!

Calling all Fall and Halloween lovers in the Salem area: we want to see your pictures from around town! October is 1 day away, can you believe it? The Witch City is already transforming into the Halloween wonderland we know and love. So we have a question: who's already got their little slice of the Witch City decorated for the season? Who do you think has the most creative display? Have you already gone all out and decorated your home? We want to see! Submit your pictures in the comments below, through Facebook, or by tagging us on Instragram for a chance to have the display you've captured featured in an upcoming post. Happy hunting! 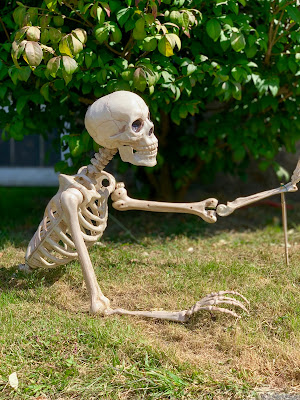 Leaves are on the ground and Fall is in the air

More than just the leaves are already beginning to stir in Salem! The city streets are already bustling with activities for the whole family that bring the spirit of autumn alive. If you’re looking for a way to help plan your fall excursions this year, our amazing events calendar has you covered! We’ve got all of the events happening around Salem (year round too!) and our calendar updates as groups and businesses submit their updated events. That means you’ll always have the most updated calendar for planning your big day out on the town. Let us know what events you won’t make it through fall without this year in the comments below! 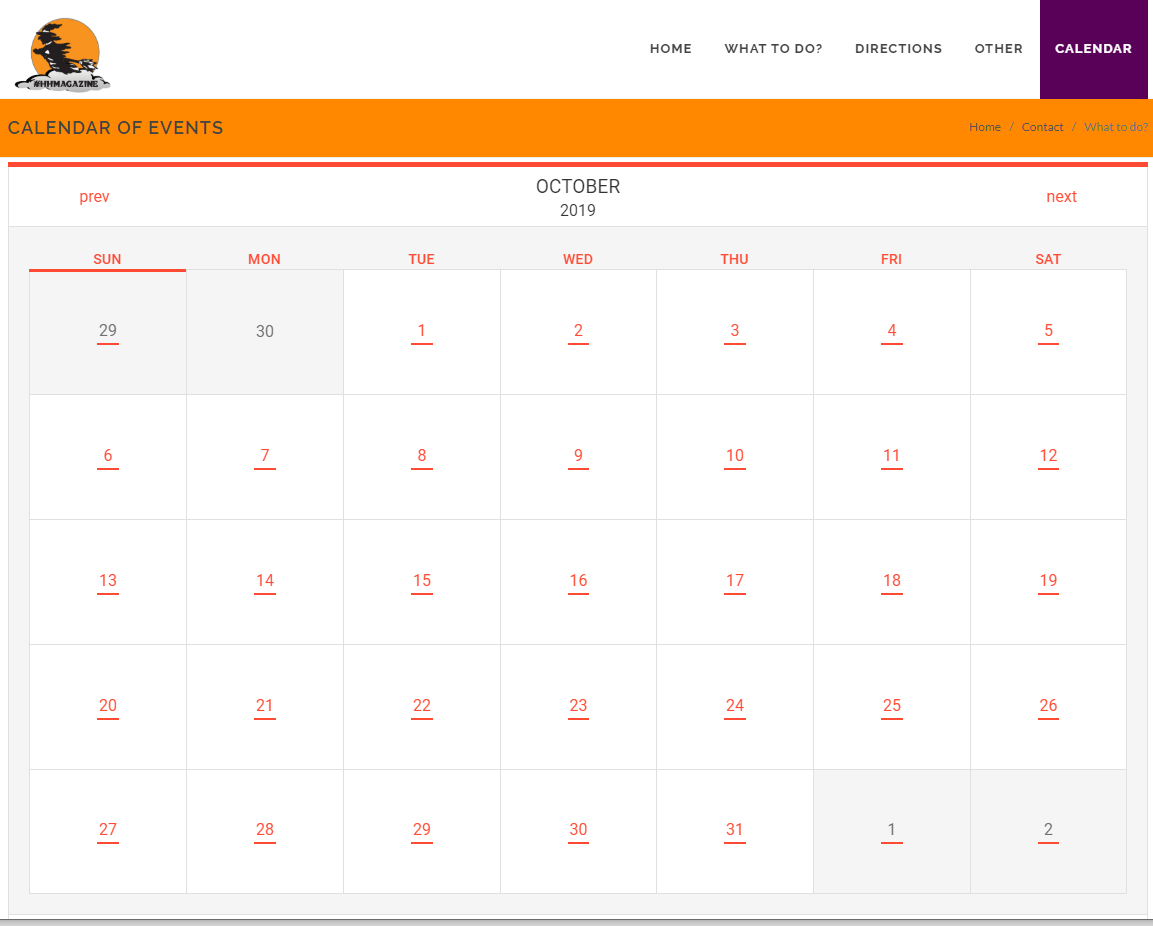 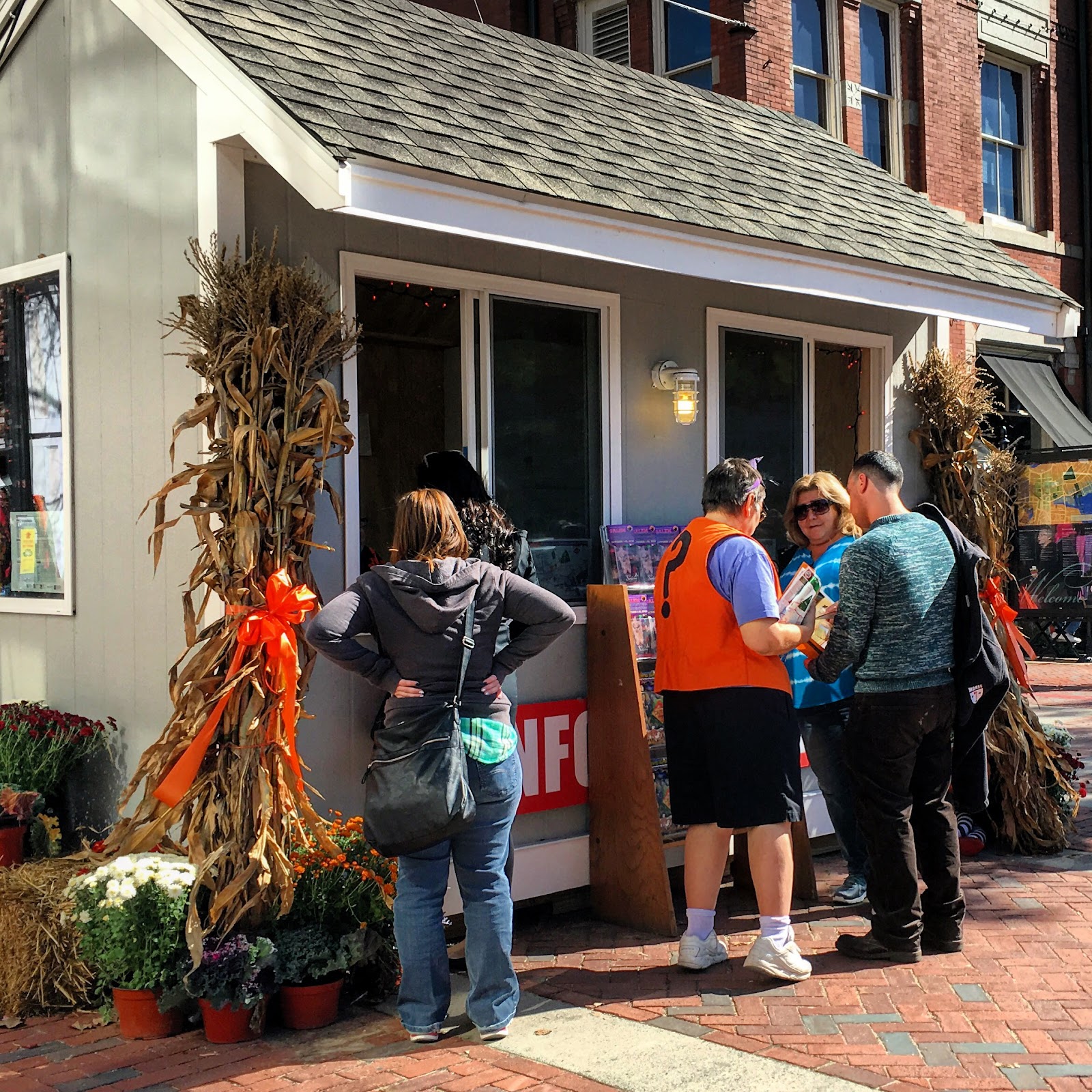 Every day of fall in New England is like a surprise. One day, you can stroll around the town in a
sweatshirt and jeans, taking in the warm sun on your skin, and watch the light breeze blow through the
rusted orange leaves. Other days, winter comes early and no amount of hot apple cider can warm you
up. On average the weather can range between 62 and 45 degrees, which means you’ll need to come
prepared when you visit us in October. The key to making it through the fall is always the layers and small
accessories people always forget. That’s why we’ve created a list of some must haves to get you
through your fall trip!

In Salem, August is Practically Autumn 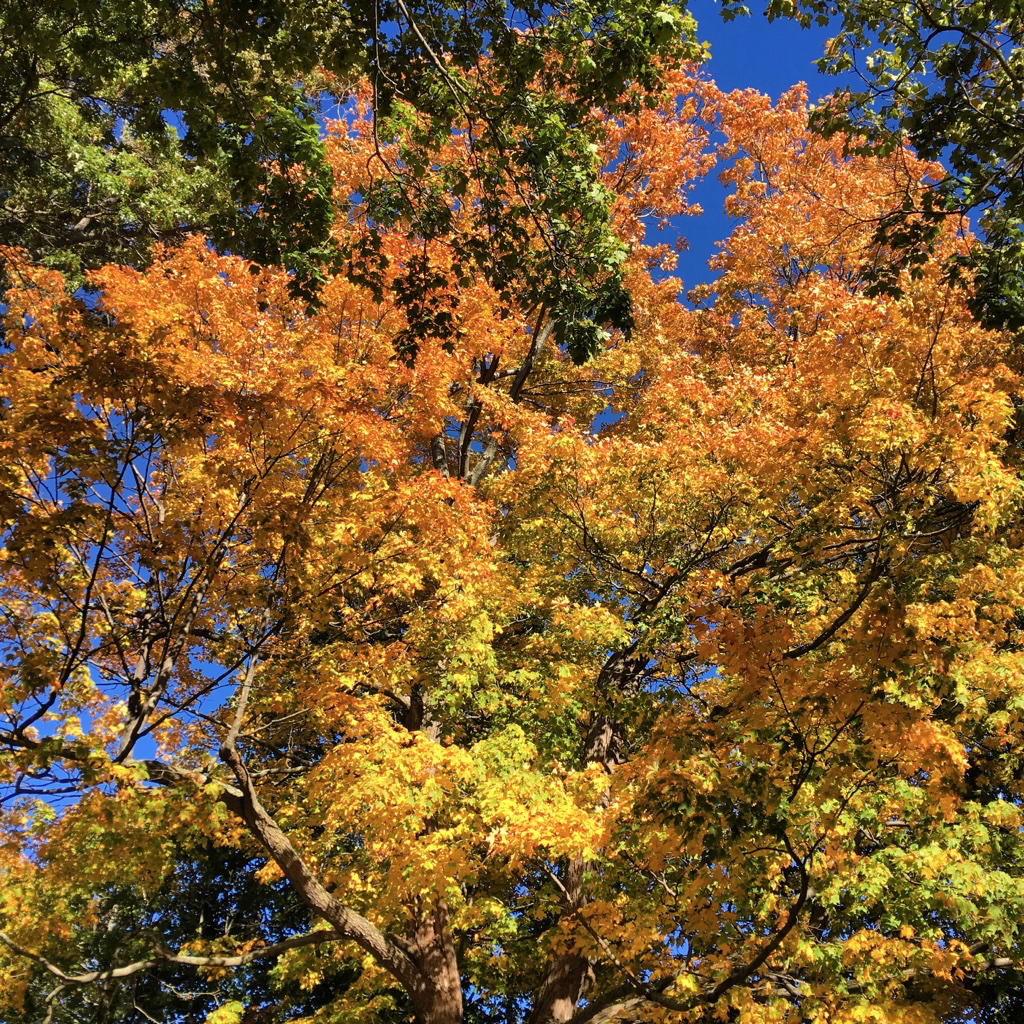 October in Salem is one of the most magical times of the year. The leaves change colors to
beautiful golden yellows and burnt oranges. The fall air gets the kind of crisp that bites your
nose in just the right way when you inhale. People flood onto the streets to enjoy the open air
markets, food trucks, and attractions. The smells of hot chocolate and apple cider donuts drift
down Essex street, wrapping you in the warm scent as you wander from store to store, collecting
all of the hidden treasures and trinkets the city has to offer.

If you’re joining us for the fall season, you’ll be apart of the Witch City’s magic too. You’ll be apart
of the over 1 million people that come through Salem every October to get a glimpse into a world
where there’s a little bit of Halloween every day of the year. October in Salem turns into what feels
like a big party in the streets; however, when 1 million people all come to a city for a similar
experience, unfortunately things can get crowded and they sell out quickly. That’s why it’s
important to start planning early, and this is the time to do it. 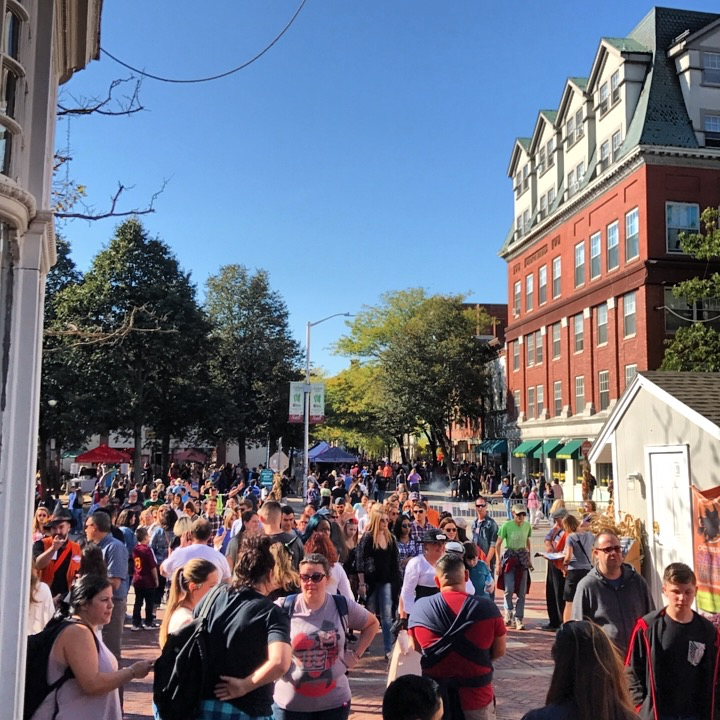 Fortunately, you can buy tickets to a lot of the experiences online. Tickets to most walking and
trolley tours can be bought off of the shop or company’s website. You can even buy tickets to
museums online and cash in on bundle deals and early bird specials. You can also check our
events calendar for special classes and workshops that are being held by different stores in town
and secure your place now. Happy planning!

Have you submitted all necessary content for the
2019 Haunted Happenings Magazine? 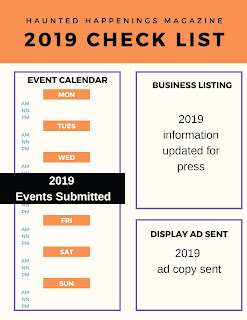 Please submit all of the above to Aimee @ aimee@hauntedhappeningssalem.com

Posted by hhmagazinesalem at 11:35 AM No comments: